At its heart, European integration is a story about people. It means getting to know one another, understanding each other better, and appreciating both what we have in common and our diversity and respective traditions. By calling for a free Interrail voucher for every European turning 18, the #FreeInterrail campaign has been leading the fight for increased mobility across Europe for all. For their efforts for a first-hand discovery of Europe for all youths, we are proud to announce #FreeInterrail as the winner of the 2018 edition of the Jean Monnet Prize for European Integration. 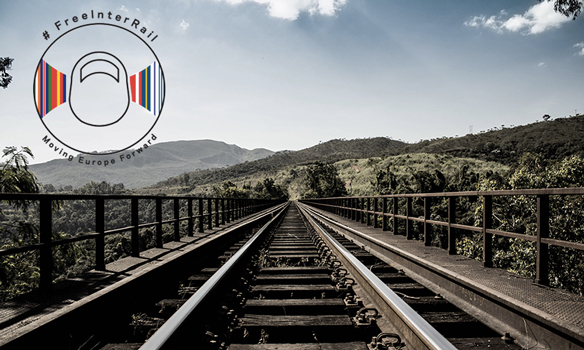 It started with a trip, and continued with a dream.

The dream of a shared European experience as a right for all citizens turning 18. “You have come of age, go explore Europe, go meet its people – your people – and discover its beauties”. The dream to democratise a life-changing experience that remains out of reach for many. The dream to place personal experience at the core of European integration.

In Vienna, a simple question came to us: “Why couldn’t all young Europeans get to have the experience we just had?”

Given its scope, the proposal holds the potential of creating a second Erasmus-style revolution. As the Erasmus programme grew in the 1990s and 2000s, it led to the emergence of a new, Europe-minded generation – aptly dubbed the “Erasmus generation”. Since its inception in 1987, the programme has supported over 4.5 million European students, and twice that figure by including youth exchanges, vocational training and education staff.

Compare that to the estimated 5.4 million 18-year-olds living in the EU – and therefore a similar number turning 18 every year. The impact on citizens’ knowledge of each other across borders would be tremendous, even if only a portion of these youths picked up the offer. This, of course, would also come with sizeable positive effects on the local tourism industry, from hostels, to transportation companies, to museums and other art and culture initiatives.

Our vision is that, within a few decades, every EU-citizen will be able to share such stories and look back on these meaningful experiences.

The proposed universality of the project is, understandably, one of its core essential elements. By design, the Erasmus programme mainly supports university students, and often only the ones reaching their third or fourth year, leaving the least educated and most vulnerable out of the loop. An Interrail voucher offered to all Europeans, regardless of income or study level, would contribute to levelling the playing field and offering this European experience to most. Of course, the #FreeInterrail campaign is aware of the additional costs of travelling, in addition to transport itself, and continues to advocate for other actors to get involved in this initiative to make the overall experience more affordable.

But the #FreeInterrail campaign also shows us something more. Beyond the proposal, it is also the story of two youths from Germany doing their own trip, meeting young Europeans for a research project and deciding to get mobilised and push forward an idea. The support obtained by their proposal by Members of the European Parliament, and later by the European Commission itself, is a testimony that citizen-driven action can succeed and lead to public projects. This is a story of person involvement for a large and generous cause, and an example to all other Europeans.

For these two reasons – the nature and universality of their project in favour of European integration, and the way it was pushed forward from a small idea to a large success – EuropeanConstitution.eu is proud to award the #FreeInterrail campaign with the 2018 edition of the Jean Monnet Prize for European Integration.

The team behind FreeInterrail feels honored to be receiving this year‘s Jean Monnet Prize for European Integration. This wonderful recognition will give a tremendous boost to our civil society activities and highlights the importance of (young) prople making a difference on whichever level they may choose in Europe. The two runners-up projects give a beautiful testimonial to this sentiment as well. We are grateful for a prize recognizing exactly this kind of activity by everyday citizens and do hope for many outststanding initiatives to be given the same opportunity that our campaign now received. Thank you so much.
– Vincent-Immanuel Herr, co-initiator of the #FreeInterrail campaign

EuropeanConstitution.eu: This is a simple idea but a bold project; how did it come to you?
Vincent-Immanuel Herr and Martin Speer: In 2014, both of us were traveling 14 European countries for a research project funded by the German Mercator Foundation and Heinrich Böll Foundation. Interrail was our choice of transport for most of that journey. Through interviews and conversations with Europe’s young generation, we quickly recognised a generation full of potential, full of ideas for a European future. However, that very generation also suffered from anxiety about the future of European politics and a heavily unequal access to European mobility. Leaving their home countries and traveling to other places is privilege that big parts of that generation do not enjoy.
So, while we had the opportunity to explore Europe on our own and discover its beauty and diversity, many of our interview partners did not. In Vienna, while having dinner with Austrian writer Robert Menasse, a simple question came to three of us: “Why couldn’t all young Europeans get to have the experience we just had?” That was the beginning of #FreeInterrail, as we called it. In 2015, we wrote the first articles on our idea and started to approach EU politicians with it. To our surprise, the idea was received positively, more often than not. Quickly, we were able to find supporters and form an alliance of civil society actors and politicians to move this proposal forward.

EC.eu: From the origin of tourism – and the “Grand Tour” of the Mediterranean in the 19th century –, traveling has been an enduring way to understand other countries and cultures; was that your original intent when you started your own travels around Europe in 2014?
VH & MS: When we embarked on our European research trip, we had the strong desire to gain understanding about Europe, and particularly about our generation in Europe. We felt that news reports, books, and university courses were not enough to make us really understand European diversity. With that mind-set, we applied with several foundations in Germany to fund a small research project for which we would conduct interviews with young people in all countries we visited and publish our findings. The journey and the personal interactions profoundly changed our outlook on Europe and, in fact, on life. We had left Germany as “Europeans in theory” and came back as “Europeans by experience”. Interacting with other cultures on a face-to-face level simply cannot be substituted by any other means. Respecting and valuing diversity needs to be built through personal experience.

EC.eu: Your campaign found a great echo with EU institutions; what was their initial reaction at the beginning of the campaign?
VH & MS: The initial reaction was quite positive for the most part – a surprise to us, as reactions from private friends and colleagues had been more reserved. In 2015, at public events, we presented to idea during Q&As to two different European Commissioners. Both of them were, at least, open to general idea. Later on, we learned that a first MEP, Istvan Ujhelyi, from Hungary, had picked up our idea and inquired about its feasibility with the European Commission.
We have been working with Mr. Ujhelyi, as well as other early supporters like Rebecca Harms, Michael Cramer, Gesine Meißner, Manfred Weber and Alexander Graf Lambsdorff ever since. Without their support, their openness to ideas from civil society, and their endurance in seeing this project through, #FreeInterrail would not have come remotely as far as it has now. We were very grateful to see that politicians from different parties could join forces with civil society to make a project become reality. This, to us, is European cooperation in a nutshell.

EC.eu: Through this support, you have managed to register your proposal in the official agenda for a trial project; how will this be followed up and scaled up? What are your projected actions to continue supporting the #FreeInterrail campaign?
VH & MS: Our current information is that, after having given out a first batch of 15,000 tickets this summer, the European Commission will start another call for applications later this month for another 12,000 tickets or so. The Commission has also proposed to include funding for 1,5 million tickets after 2021. As that budget [the Multiannual Financial Framework for 2021-2027] still needs to be approved by the Member States, this is not final yet, but it is a signal that the European Commission takes this idea seriously and seeks to expand the scheme (entitled DiscoverEU) in the years to come.
Still, the two of us began our campaign with the goal of enabling all current and future 18-year-olds to explore Europe for themselves. Our entire team is convinced by the idea of universal application. Accordingly, we will continue to campaign and keep working with other civil society and political organisations to push for an implementation reaching every EU citizen on his or her 18th birthday. So our work is far from over. We are currently planning activities for the next two years and are investigating the best means and methods to support ongoing efforts while still advocating for an even bigger realisation.

EC.eu: As a profoundly pan-European experience, Interrail had long been a source of cross-border exchanges and your campaign holds the potential to democratise this experience, especially for the least endowed, and you seem adamant about the universal aspect of your proposal; was this social impact important to you and how else can it be supported?
VH & MS: The social aspect is key to our entire campaign. We believe Europe to only have a future if we find ways to enable not just some, but all Europeans to become a part of Europe by personally experiencing it. #FreeInterrail, if you will, is a proposal for a universal right to mobility in Europe – independent of one’s financial, national, or socio-economic background.
In order to enable young people from all walks of live to explore Europe, we believe it will be essential for European civil society organisations and companies to do their share, for instance by providing scholarships for youths from precarious backgrounds, by hosting local event for Interrailers coming to town, setting up couchsurfing opportunities, financing social workers to accompany young people who may need support on their first days of traveling on their own, and so on. The European Union can (and likely will) start this major scheme of universal youth mobility; its final success, however, will also depend on non-political entities supporting it and doing their part of equalising access to European diversity.

EC.eu: Traveling, alone, will not create integration, but it will lead to more understanding and dialogue; what are your views and hopes for European integration?
VH & MS: When you talk to people who have done Interrail twenty-or-so years ago, they will tell you wonderful stories of adventures, new friendships, and experiences of a lifetime. Our vision is that, within a few decades, every EU-citizen will be able to share such stories and look back on these meaningful experiences. We have never met a single person who had not benefited personally from traveling outside their home country in Europe and from engaging with people from other cultures and regions. If all of us were fortunate enough to have friends in other countries, this would be the best defence against renationalisation and divisiveness in Europe we can imagine. 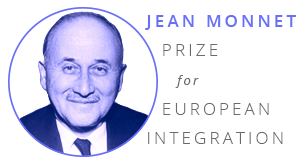 Then Jean Monnet Prize for European Integration will return next year.