9 Novembre 2019 — Following a two-months application period and with an unprecedented number of applicants, on this day anniversary of Jean Monnet’s birth, we are proud to announce the results of the 2019 edition of the Jean Monnet Prize.

From time to time, Google’s autocomplete feature proves a useful guide into the online psyche. In this sense, its completion of “the European Union is” with “a liberal empire and it is about to fall” may not seem reassuring for the popular impression of the Union.

Decades of euro-bashing by nationalists, politicians seeking an electoral boost, or segments of the media, as well as the EU’s own limited ability to reach out to citizens, have left deep marks on citizens’ view of the European Union. And yet.

And yet, undeniably, citizens’ views of Europe are positive and continue to improve, as Eurobarometers reveal year after year. The vast majority of Europeans, including in the UK, feel their future is more secure in the EU. Trust in the European Union is at its highest in ten years and is higher than trust in national governments. As a result, three quarters of Europeans feel citizens of the EU (from 52% in Bulgaria to 93% in Luxembourg), and 6 in 10 call for more decisions taken at the European level.

But trust is not all. And what Eurobarometers show in support, the Jean Monnet Prize confirms in engagement: all across Europe — even beyond the EU’s current borders — citizens are getting involved to defend, advocate for, and promote Europe and the European Union.

For the second year, we have asked citizens to come forward with projects they have created in support of European integration and the European spirit. The results were all we could hope for: creative, ambitious, and passionate. From the local to the transnational level, from research and academia to journalism and debate, from children’s books to student forums to senior researchers, the proposals were endless in their variety.

The Jean Monnet Prize in a few figures

This year marked the beginning of our partnership initiatives, aimed at increasing our visibility. As a result, applications proved far more numerous — with a notable two-thirds increase from 2018 — and their diversity was vastly increased.
While Western and Southern Europe remain the dominant regions, in terms of applications, their combined share drops from 90% to 67%. By contrast, Central and Eastern Europe and the Balkans surge from 10% to 33%.

Likewise, the number of origin countries jumps from 16 to 28 and the share of the four largest applicants drops from 66% in 2018 (all Western European) to 47%, coming from three different regions.

Another notable evolution is the rise of European-non-EU countries. In 2018, non-EU applications represented a mere 7% of applications and came exclusively from research centers in developed countries, such as Japan, Australia or the US.

Applications by regions and countries

By contrast, 2019 non-EU projects amount to 36% of all applications, and two thirds of them come from European countries, such as Ukraine, Albania, Switzerland, Bosnia or Belarus. In particular, Ukraine and Albania (respectively 2nd and 5th countries of origin) show an impressive vitality in pro-European endeavours — a lesson that European leaders ought to bear in mind as they discuss enlargement issues.

Finally, while this is a variable that we have less control over — and keeping in mind that projects are often submitted on behalf of larger groups —, we can only rejoice to see that the rate of projects submitted by women has risen from 40% to 51%. As in all matters, the full inclusion of women is key in ensuring that integration supports the interests of all.

Each in their own way, these figures provide encouraging signs for our reach and illuminate different aspects of Europe integration: an engagement shared by all countries, a strong willingness from non-EU countries to join the European family, and the growing involvement of women.

The Jean Monnet Prize in projects

Strengthened by these observations, the Jean Monnet Prize was left with the difficult task of choosing between the various projects. And difficult it was, with projects covering the full spectrum of European integration.

We heard about multiple online magazines aiming at making European news more vibrant or at bringing in a more diverse cultural perspective. We heard about using new media outlets to increase democratic awareness in Eastern Ukraine or media literacy, so as to help fight disinformation in Europe. We heard about promoting language classes to connect shipbuilders in Eastern Europe to the rest of the European industry, and raising awareness of Europe and EU citizenship for rural youth and Basque women.

In this crucial year of 2019, we were reminded of Europe’s past, of our collective suicide a century ago, and on the consequences of this war on modern borders and minorities.

More broadly, we witnessed celebrations of Europe’s unlimited diversity and the willingness to promote it, from theater and cinema, to poetry, music, food and languages. All passions where our own national practice is enriched by cross-border exchanges.

Yet a choice had to be made.

A core aspect of the Jean Monnet Prize is its support for grassroots engagement. All across the continent, citizens come up with ideas — sometimes conventional, sometimes extravagant — and throw themselves in months-long adventures to implement them.

Whether it’s Europe-themed events in Spanish public libraries, sending postcards across Europe, achieving a 750km walk to Brussels, promoting cooperation between rescue teams in the Carpathian mountains, or creating a children’s magazine, these projects are a testimony of passion, endurance, and care for others.

For us, no project embodied this ideal better than Toi d’Europe. Launched in 2017, the project saw Mathilde and Sophie Hériaud criss-cross Europe for 18 months to collect the testimony of over three hundred young Europeans and understand their expectations for the future of our Union. Available online, the documentary was screened at dozens of events to trigger debates and discussions gathering over 2,000 participants, and more countries will be visited for interviews.

The result is a fascinating and touching documentary about the EU’s new generation — citizens who have always known the Euro and never known the war — and a vivid reminder that, in the words of Jean Monnet, Europe is not about coalescing States but about uniting people.

For this remarkable act of grassroots motivation and engagement, the third place of the 2019 Jean Monnet Prize goes to Toi d’Europe.

While small NGOs sometimes need little more than an idea to get started, academic projects often require months of planning and organising, the convergence of a number of actors, and continued efforts over several years.

And even though they may seem one step removed from the general public, academic projects contribute in their own right to European integration through advances in research, expert discussions, and the diffusion of knowledge.

Academic proposals ranged from assessing the impact of EU legislation on non-EU legal and health systems, to training for lawyers in the Balkans to promote a European professional culture and meet EU standards, encouraging a pan-European scientific and educational space in Ukraine, or presenting great European figures and founding mothers of Europe for our shared history.

For the Jean Monnet Prize, academic projects take on particular relevance when they meet societal demands and carry the potential of acting as a multiplier.
Straddling the field of EU studies and the pressing item of EU enlargement, the University of Tirana’s multiyear project entitled “The Albanian society towards full integration into the European family” highlights both the need for greater understanding of the EU’s political, institutional, economic and legal set-up, and the role of universities in accompanying and preparing for large-scale society changes.

This project aimed at encouraging EU studies in Albania with a special focus on integration through engagement with European institutions and the diffusion of European values.

It involved around 300 students, 30 senior and young researchers, and institutional, NGO and media representatives to support the Albanian society in its integration process. This was accomplished through a multidisciplinary approach providing students with a better understanding of the EU, and encouraging them to engage in a constructive debate on the situation of Albania and on how to resolve outstanding roadblocks to a successful integration.

“To Albanian youth, Europanisation is intended as a process of change, not only through engagement with European institutions, but mainly by the diffusion of European values” adds Meliana Bregu, Project Coordinator for the University of Tirana.

European integration is a long and sometimes difficult process requiring time and perseverance. For their dedication to bringing Albania one step closer to joining the EU, the second place of the 2019 Jean Monnet Prize goes to the organisers “The Albanian society towards full integration into the European family”.

Finally, while size is not a strict criteria, we cannot help but be impressed with the impact of projects reaching out to hundreds or thousands of citizens from all across Europe. Last year’s, the citizen-driven #FreeInterrail campaign led to the European Commission’s DiscoverEU programme that has already distributed 50,000 Interrail tickets and is currently receiving applications for 20,000 more!

From “model EU Parliament” projects, to student exchanges both within the EU and with non-EU countries, to student gatherings developing concrete policy proposals for the European Commission, applicants proved the potential for large impact of well-built projects.

But 2019 was also an election year and a crucial one for the future of the EU, and it is a testimony to citizens’ engagement that so many actors decided to promote electoral debates, voting analyses, and mobilisation campaigns.

In this regard, we were truly amazed by ZEIT ONLINE’s “Europe Talks” project. Two weeks before the European elections, it brought together over 16,000 Europeans, meeting in pairs from different countries, all at the same time — via video chat or in person — to discuss the impact of the EU in citizens’ lives and common topics such as the environment, citizenship or migration. On D-Day, around 500 gathered at a kick-off meeting in Brussels, while thousands were paired up online and in other live sessions — with some traveling up to hundreds of kilometers to meet their matched partner in a different country.

Organised in partnership with other European outlets, ZEIT ONLINE’s project also underlines the crucial role of the media in contributing to European integration. Coming together as a European society means hearing about each other across border lines, listening to each other despite linguistic differences, and discussing together on the choices we wish to make for our common future — or any topic of interest, really.

At all levels, the news media — be they printed, on tv, or online — are an essential pillar of our communication and mutual understanding. Ahead of the Europeans elections, some outlets decided to focus on national candidates, national talking points, and national perspectives. Others decided instead to help European citizens get a better understanding of themselves and, in so doing, bring us closer together. Thirty years after the fall of the Iron Curtain, this remains as important as ever.

Europe Talks was organised in partnership with arte.tv in France and Germany, the weekly newspaper Capital in Bulgaria, the news website Delfi in Estonia and Latvia, De Standaard and Knack in Belgium, Der Standard in Austria, the paper EfSyn in Greece, the Financial Times in Britain, daily Gazeta Wyborcza in Poland, the newspaper Helsingin Sanomat in Finland, HuffPost and La Repubblica in Italy, Morgenbladet in Norway, and Politiken in Denmark.

We would like to sincerely thank all the applicants for their contributions and incredible work; our patrons and partners for their trust and support in broadcasting this initiative; and, beyond them, all those who have supported, contributed to, and promoted this 2019 edition.

European integration is our common goal and we are honoured to bring our contribution to this effort. We look forward to further editions of the Jean Monnet Prize, as well as to other European initiatives. 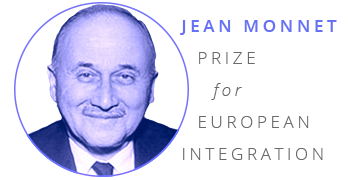 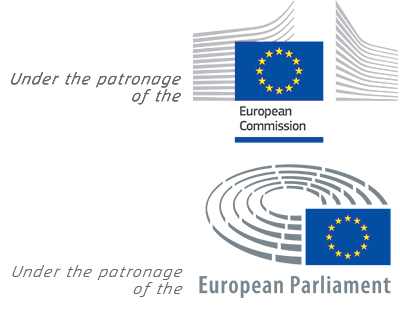 Organised in partnership with:

These partnerships are limited to the 2019 edition of the Jean Monnet Prize and do not reflect further endorsement of EuropeanConstitution.eu’s activities and proposals.